Veronica “Vern” Avola is a composer, multimedia artist, instructor and champion of friendship, born in Italy and based in Portland, Oregon. She founded EMS Records.

Avola’s solo sound works uses deep electronic sounds to geomap the hidden layers that also come with a given “present moment”; from the guttural subterranean or the hallways of the earthly punk and DIY culture to consensual abduction and flight. Avola’s compositions hold space for these physical stretches that become emblems of safety when society faces a truth in zero control within a political predestination. In this process Avola brings an ability back to the listener to think and exist outside of man’s algorithm.

live, photos by Sam Gherke, Andy Garcia, Corbin Corbin, and others. If you're the photographer and don't see your name please contact me so I can remedy this. 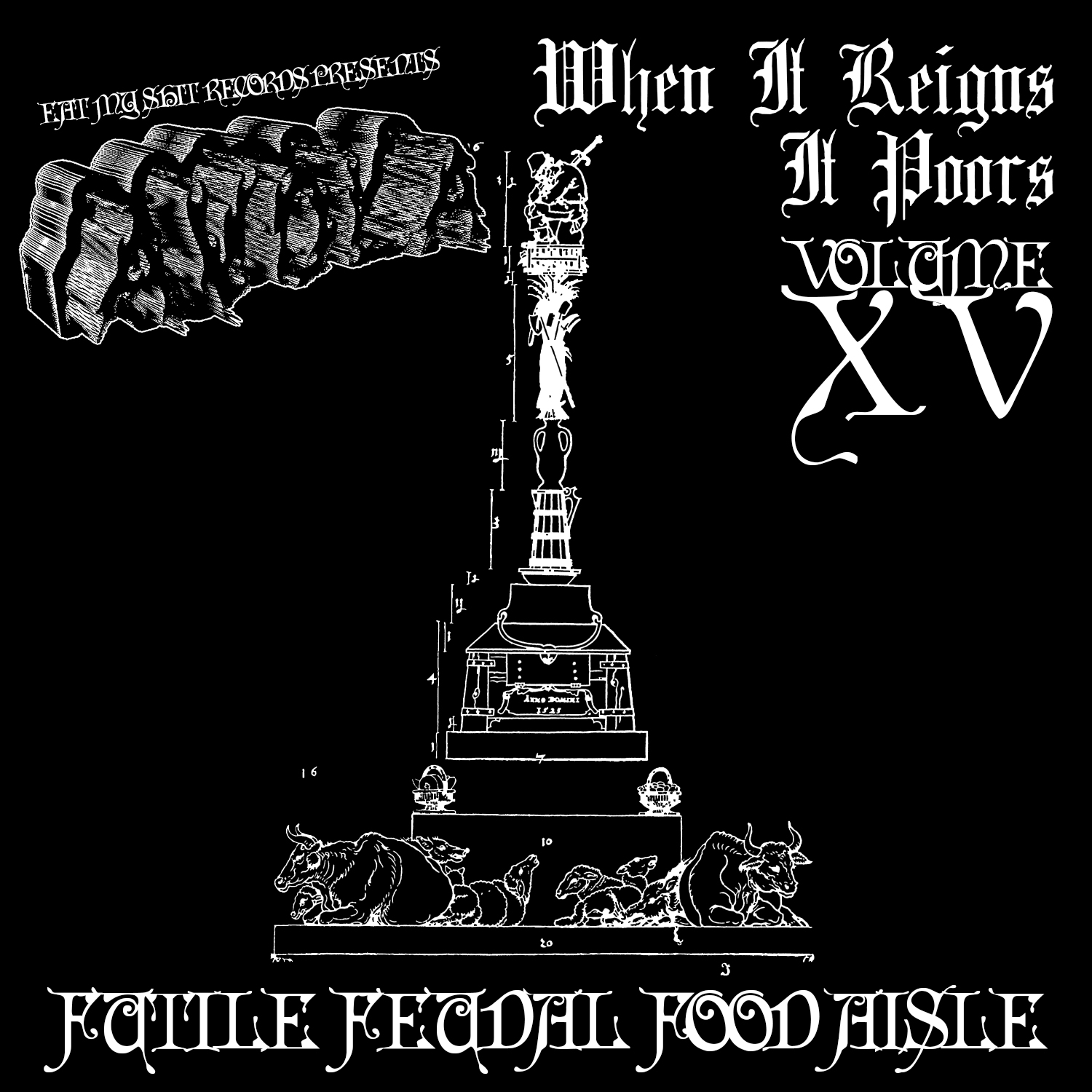 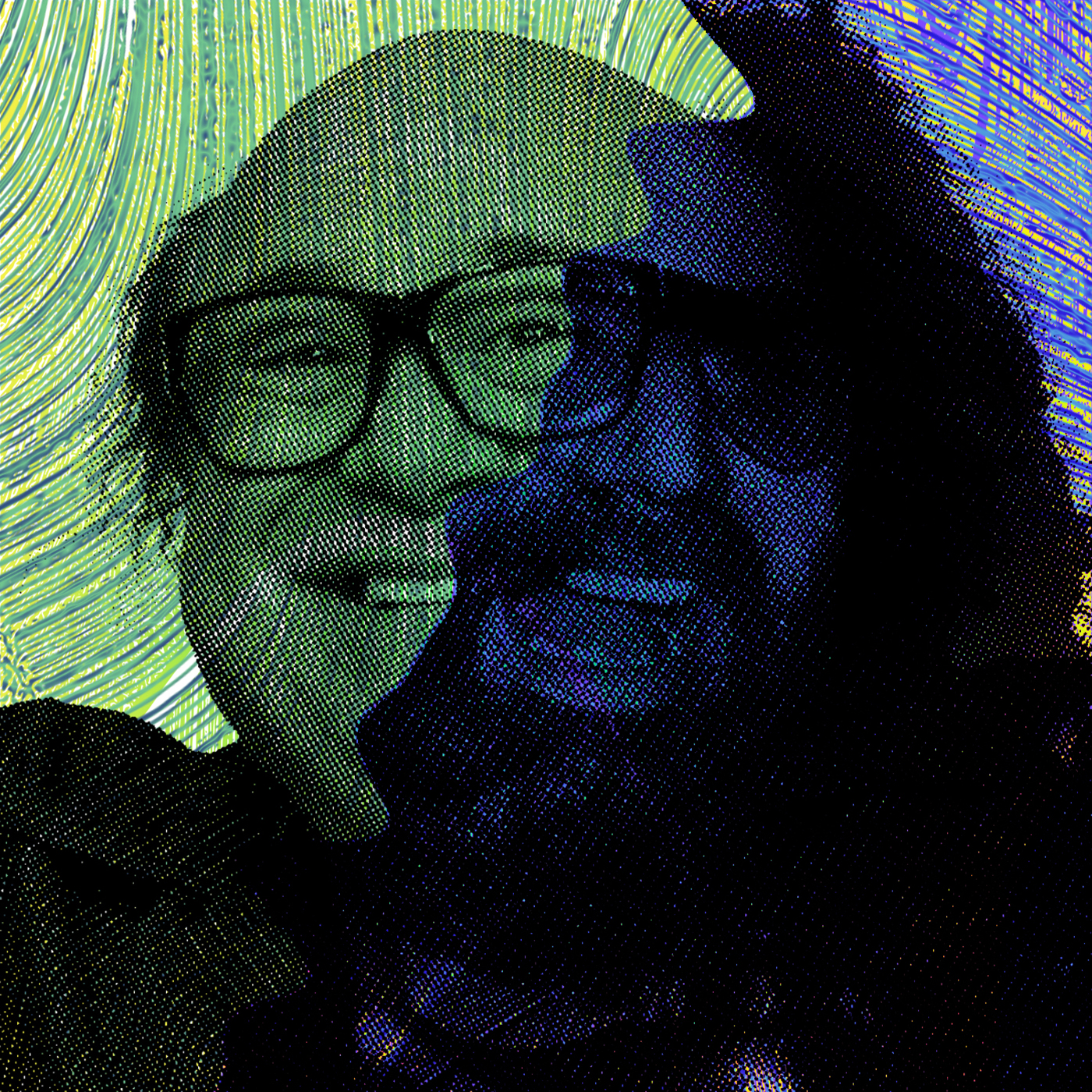 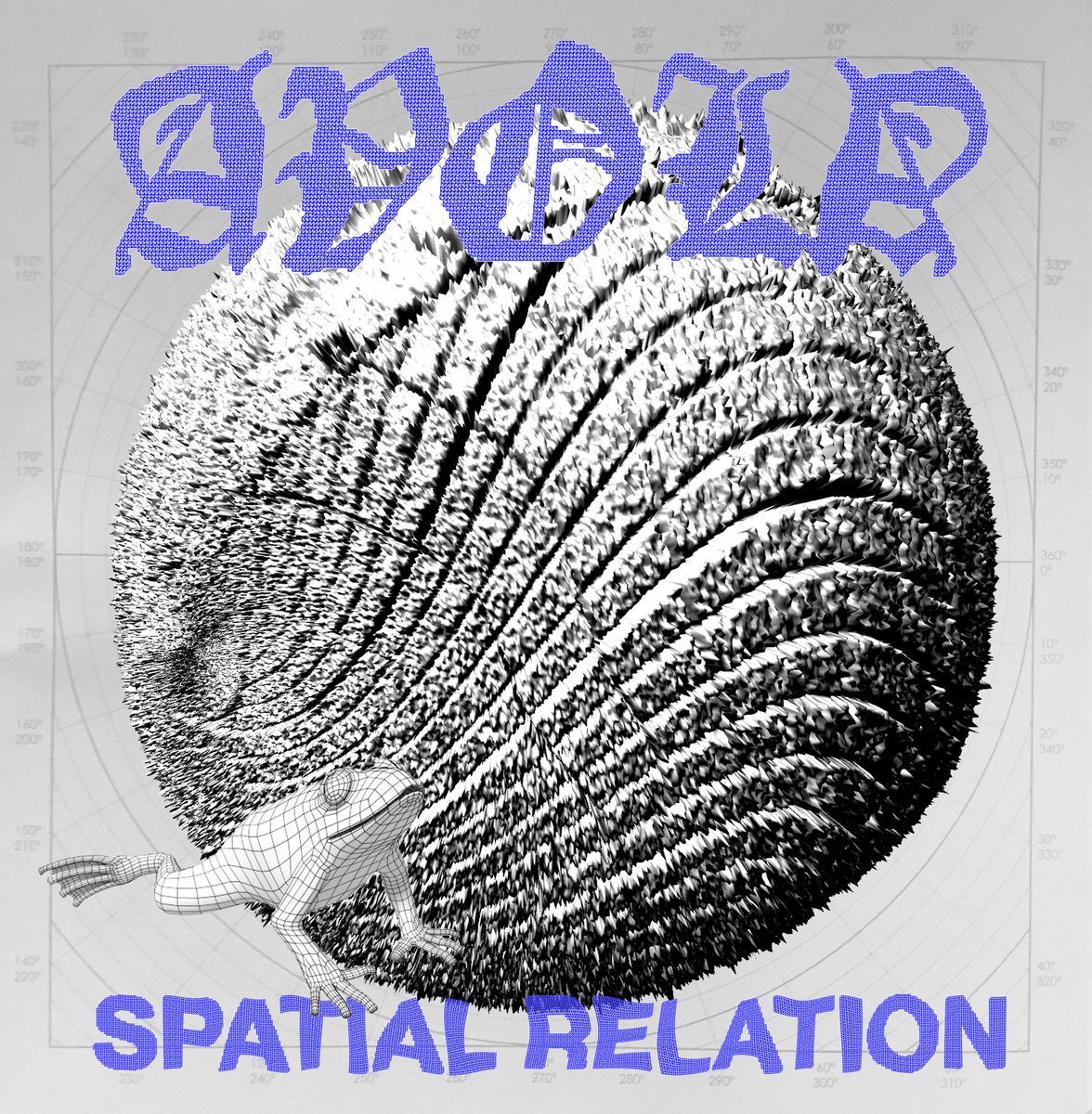 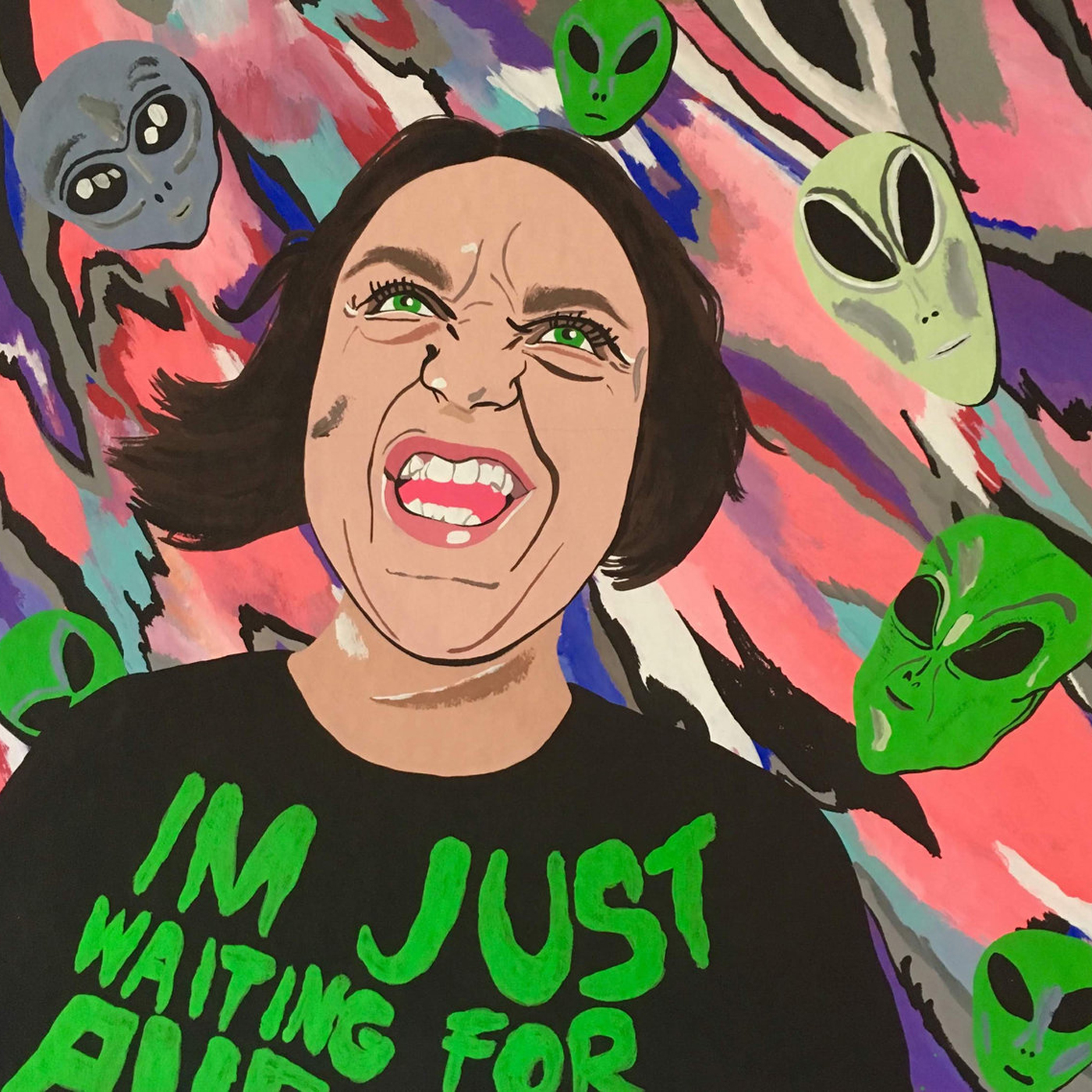 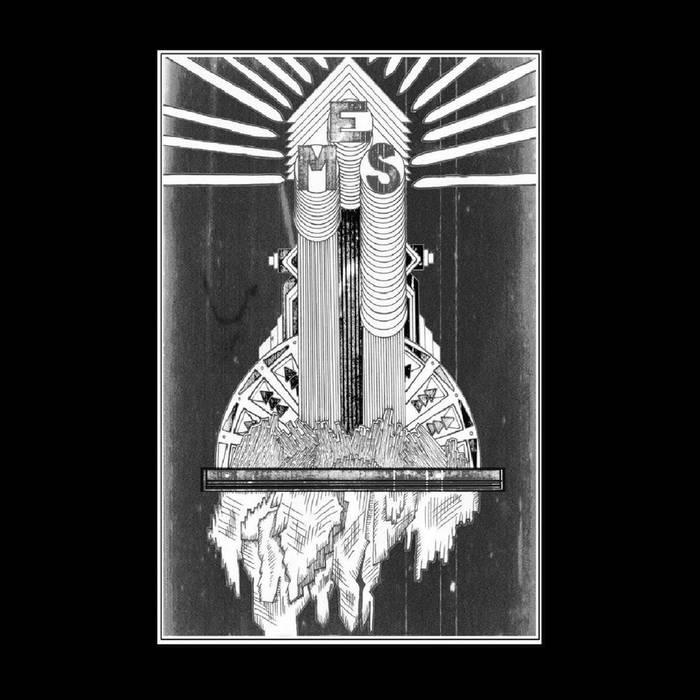 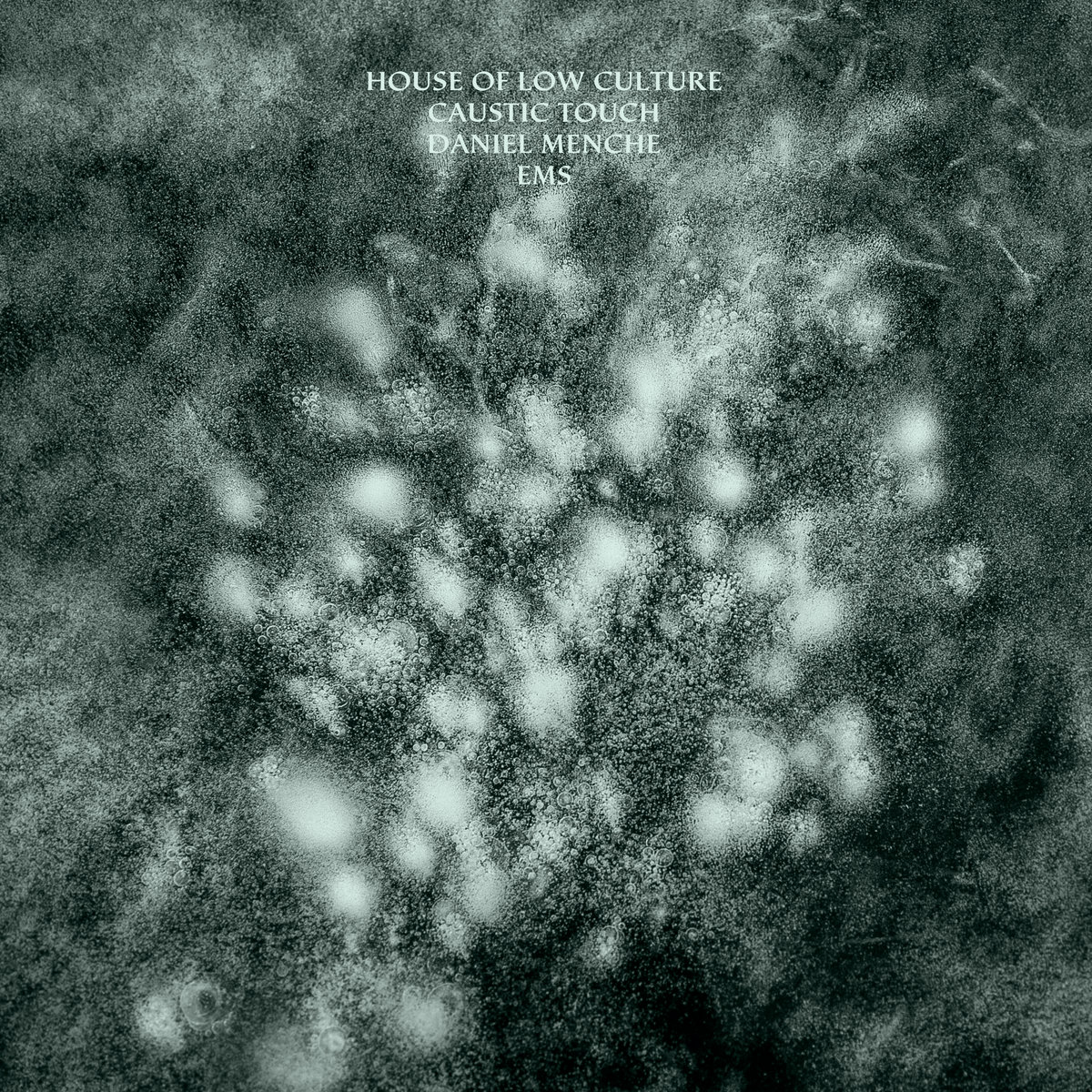 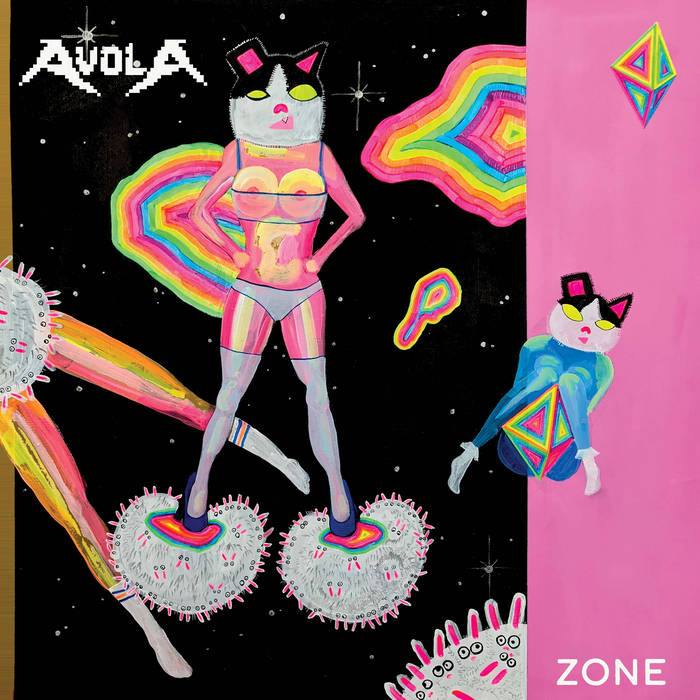 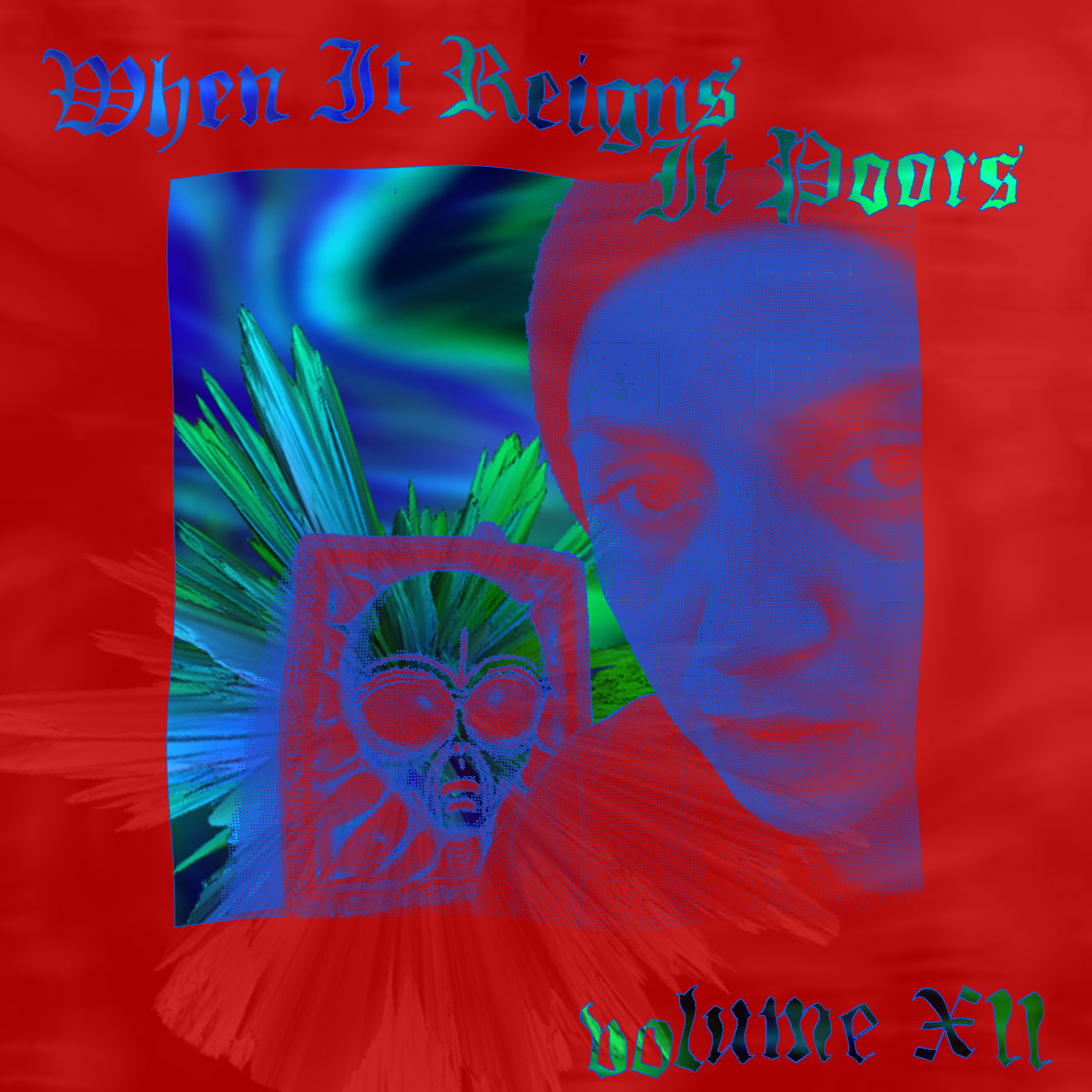 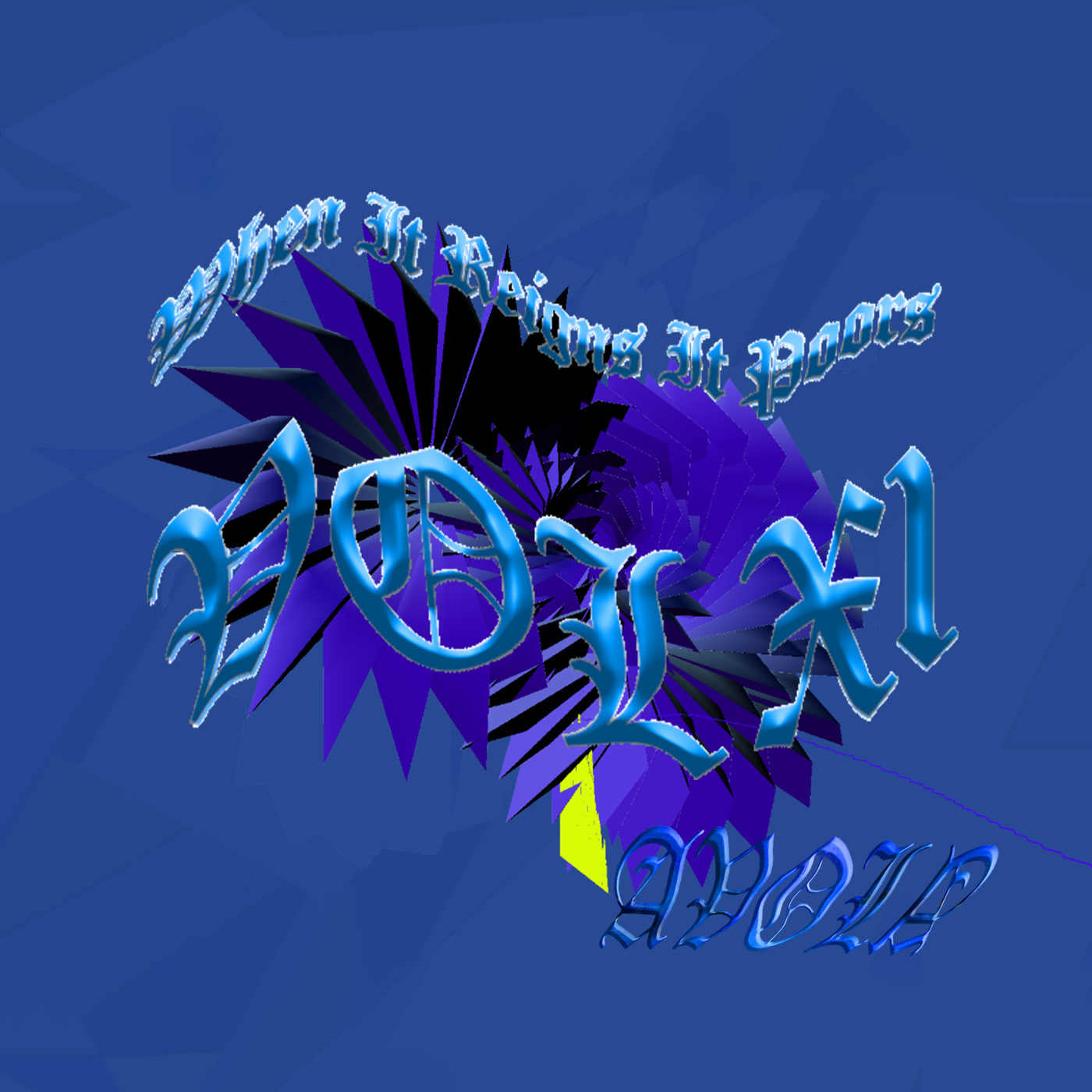 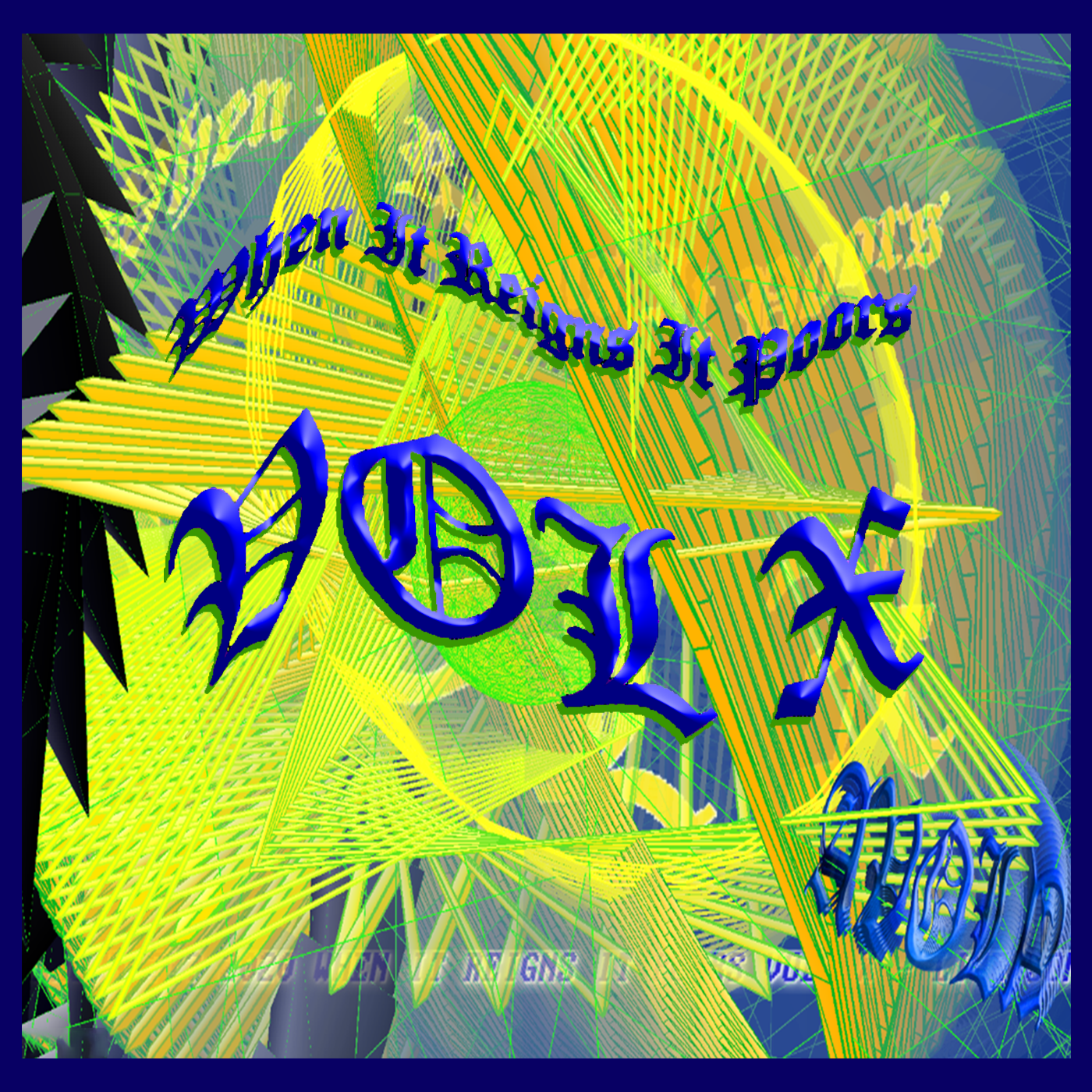 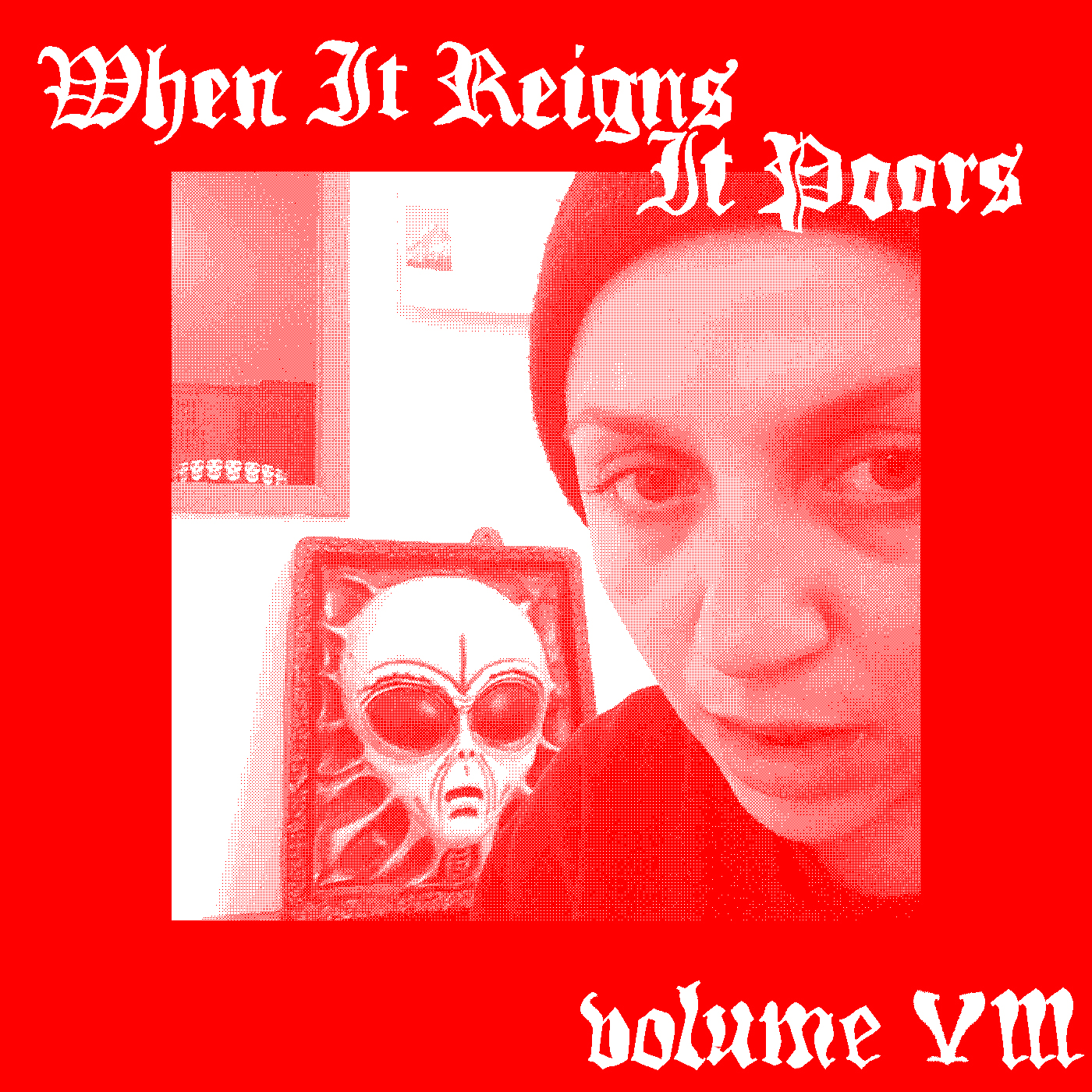 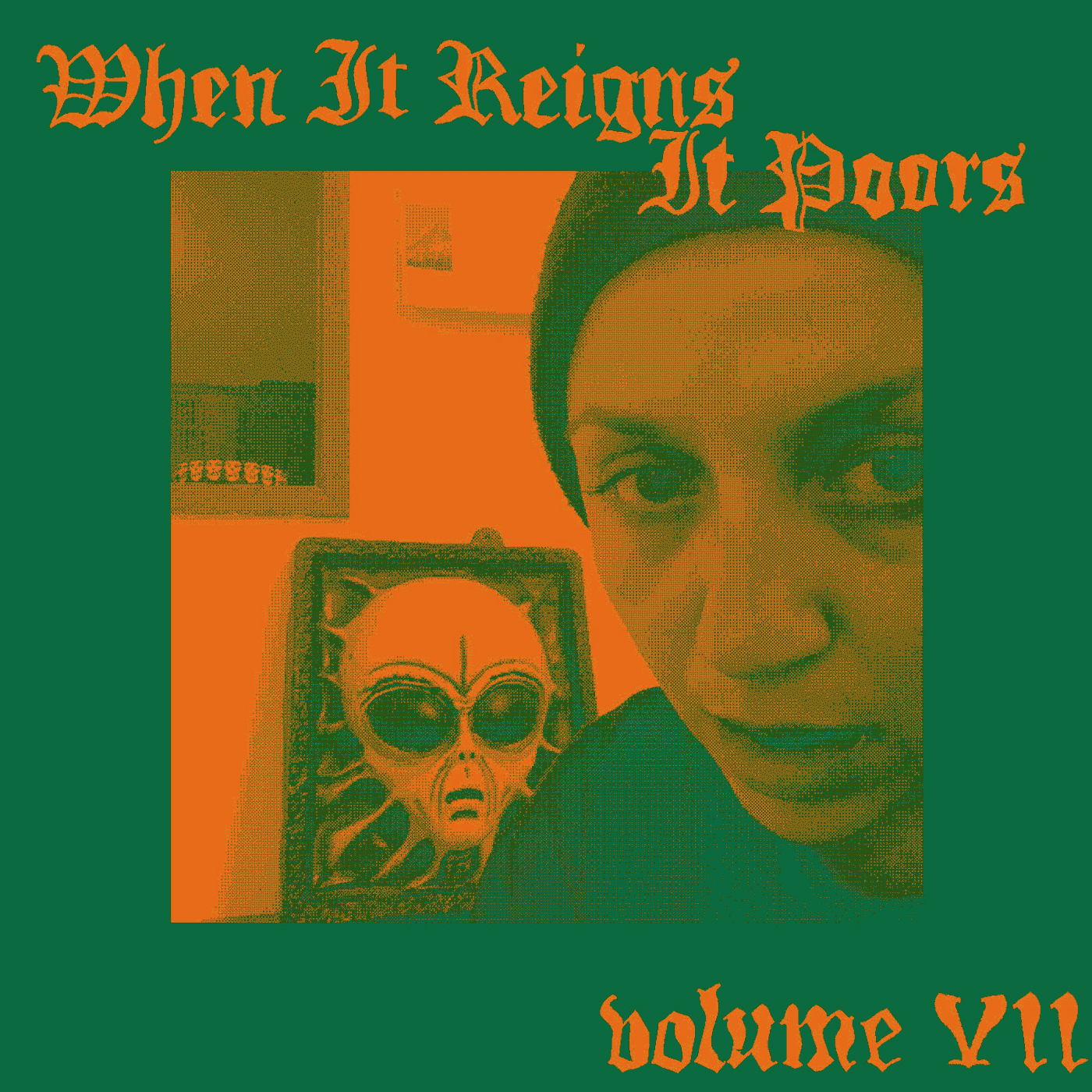 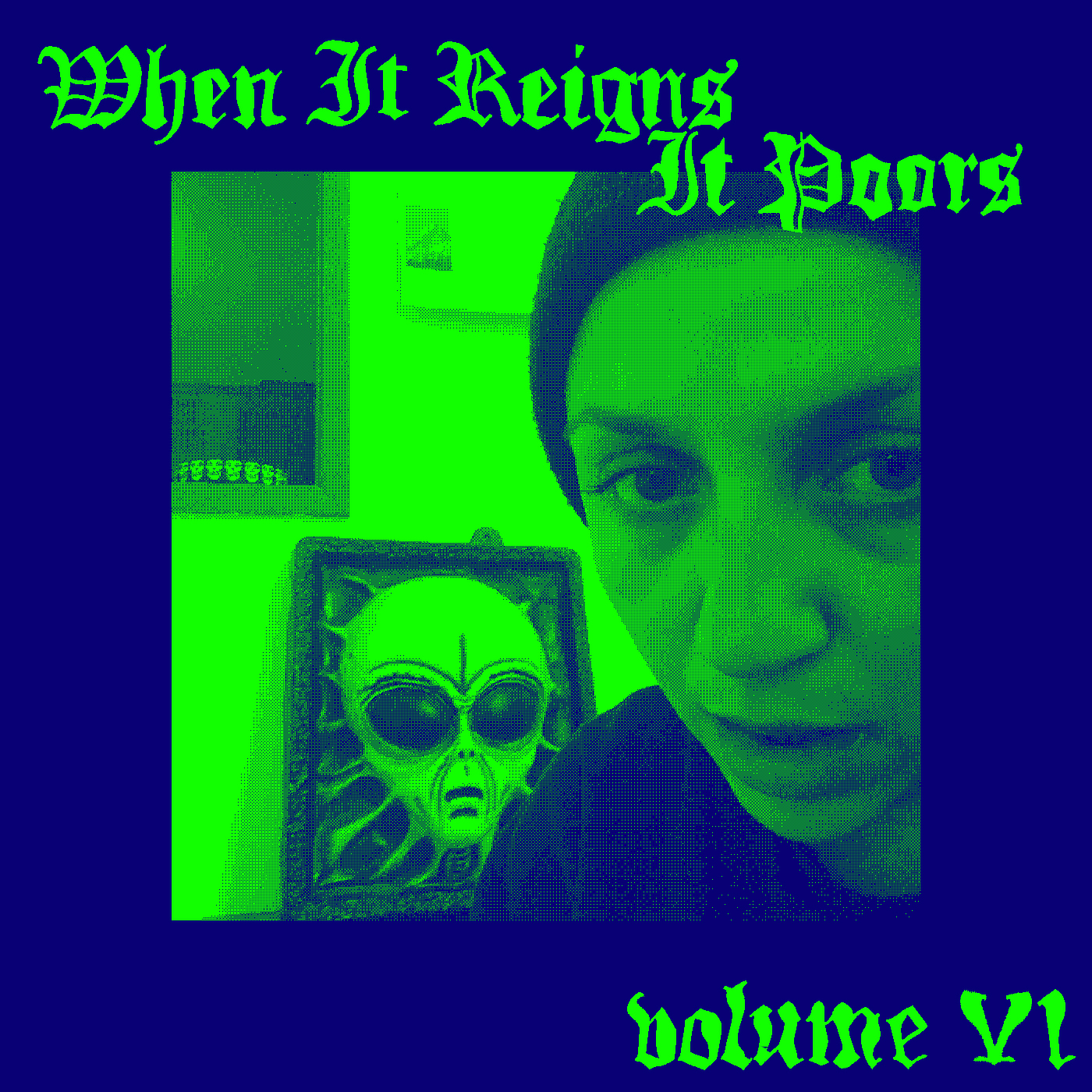 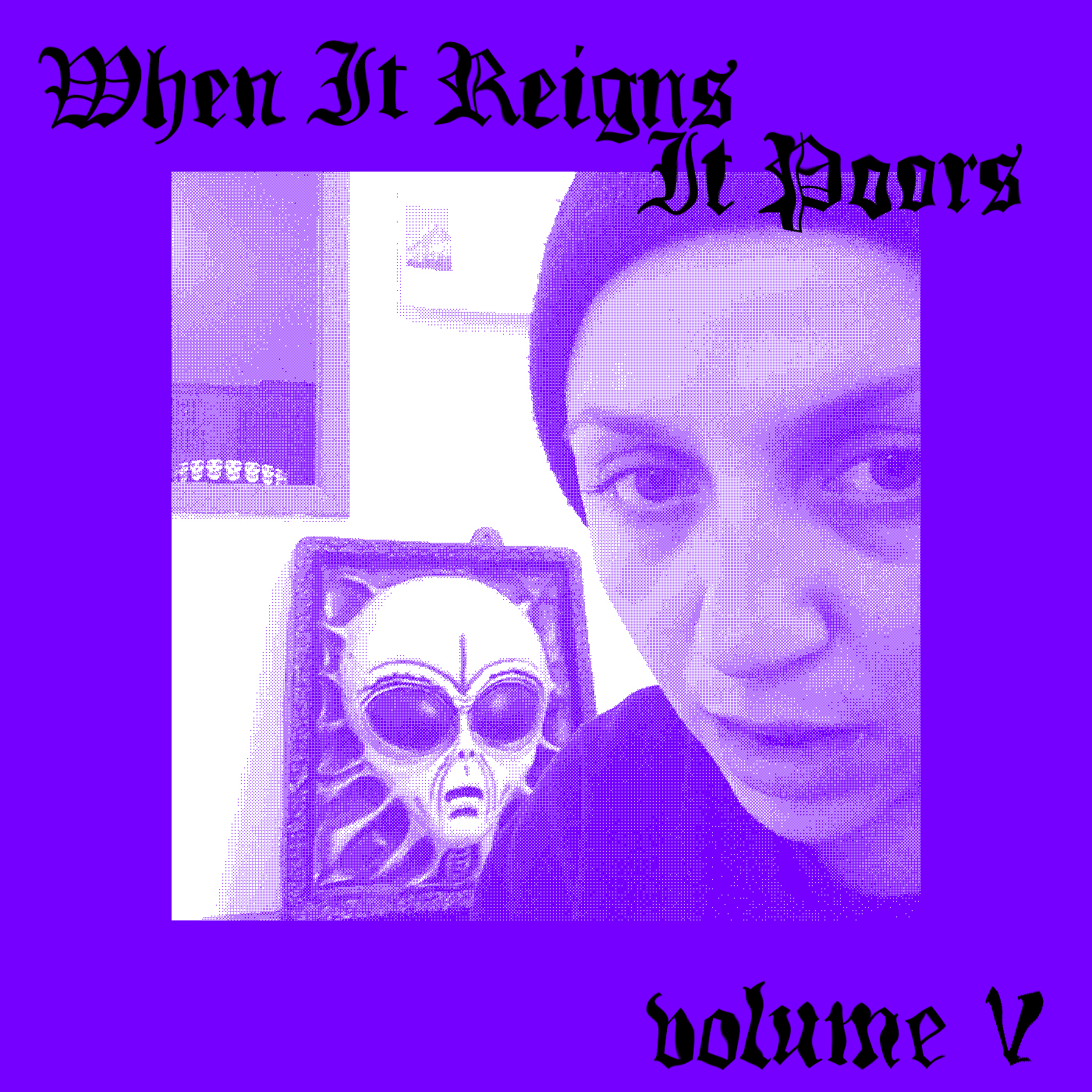 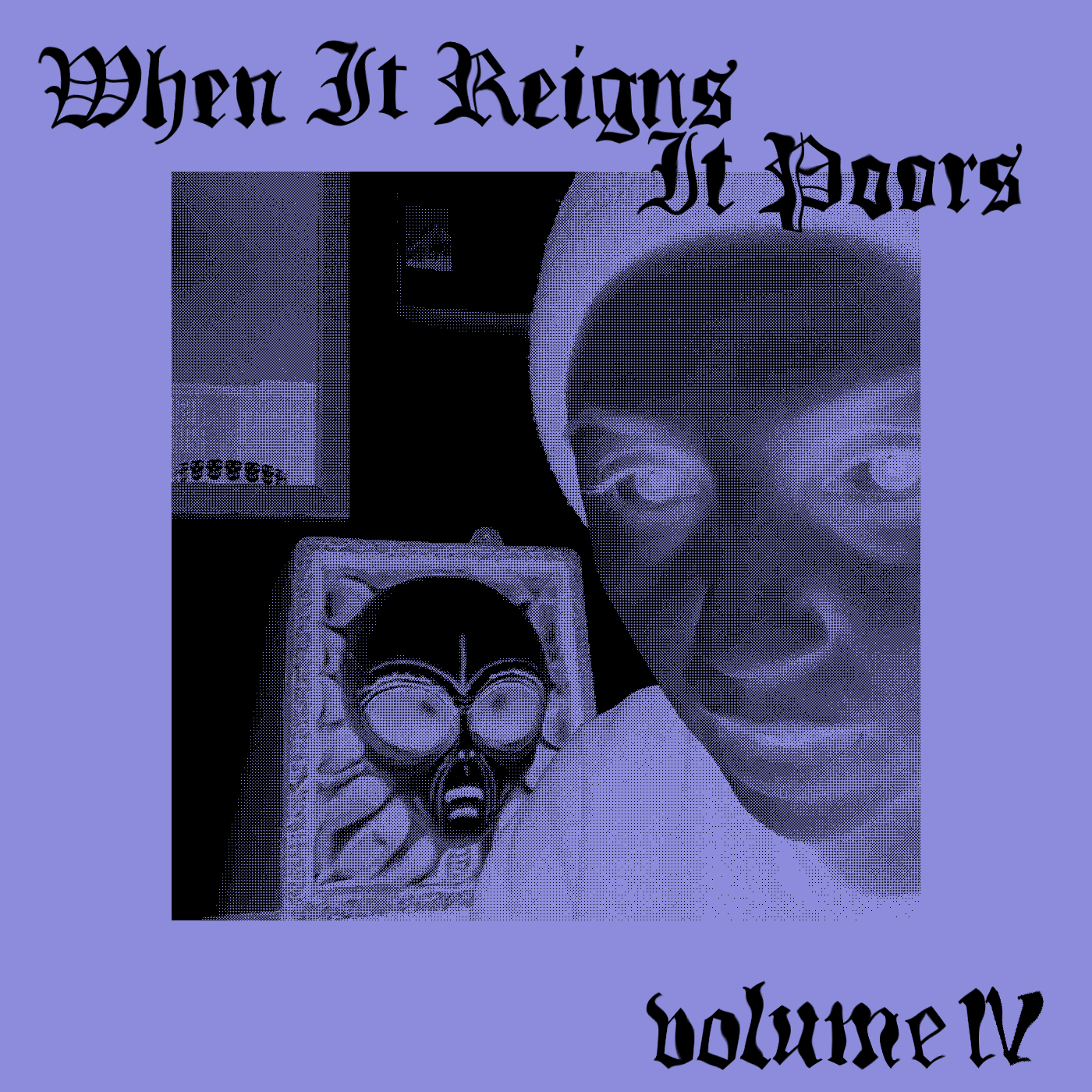 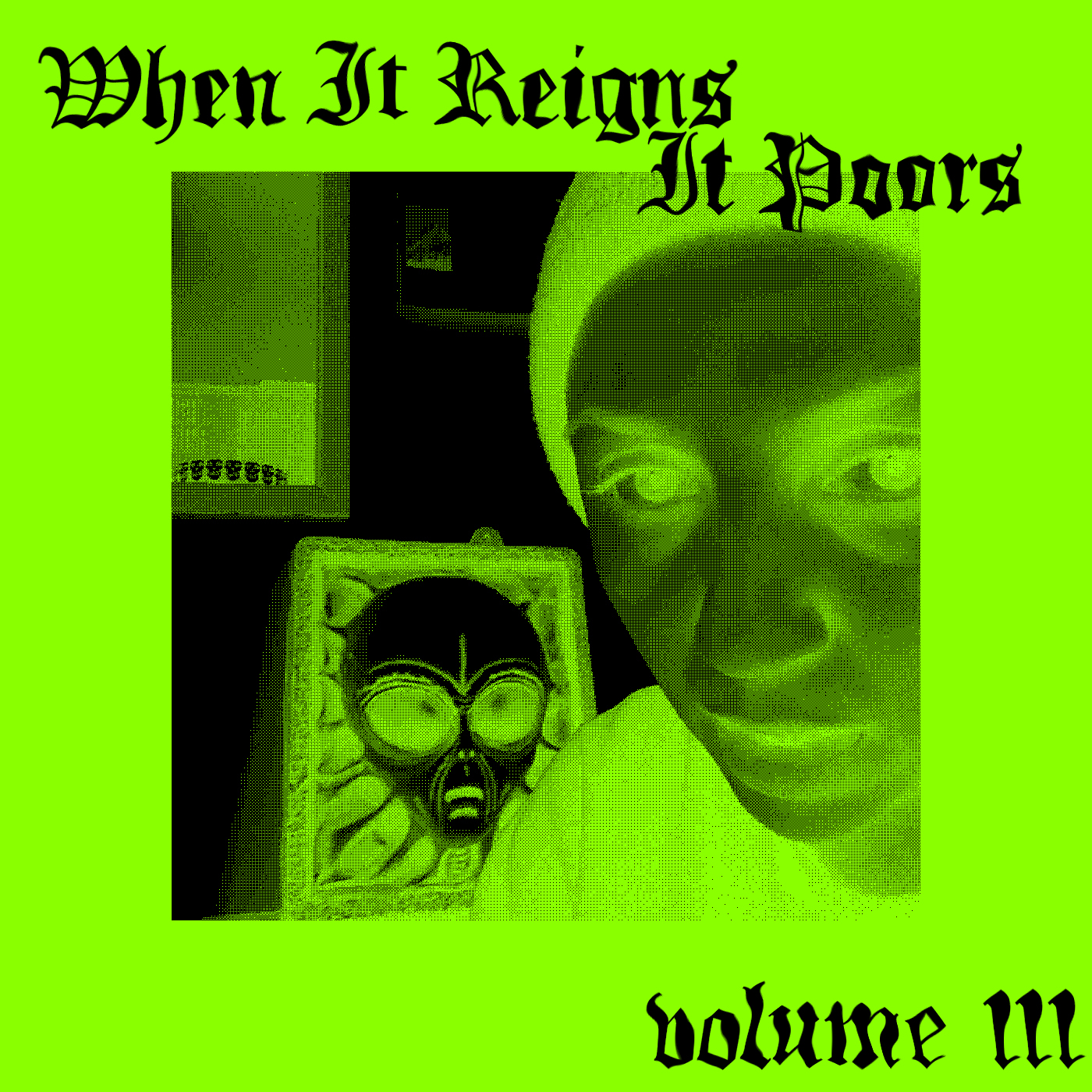 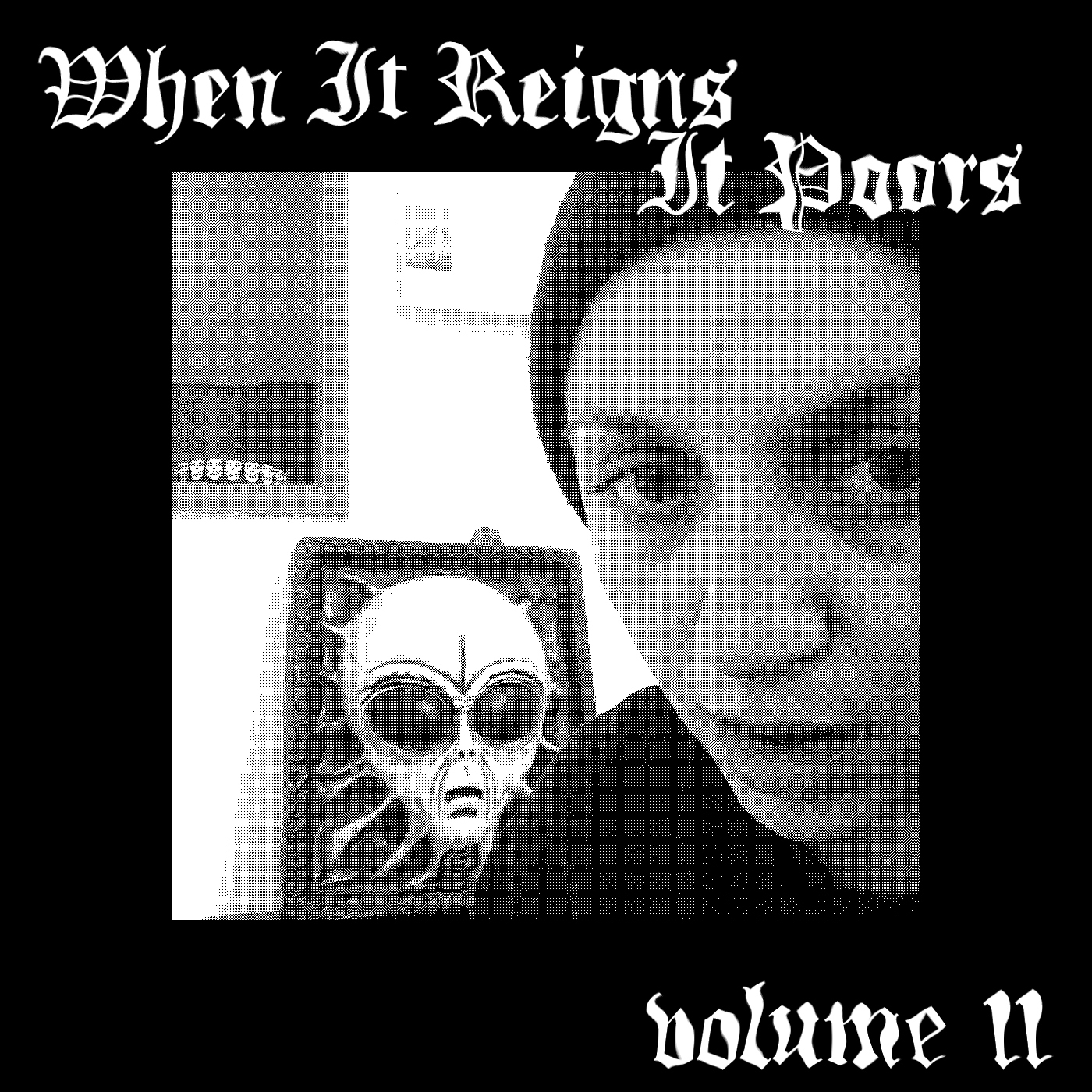 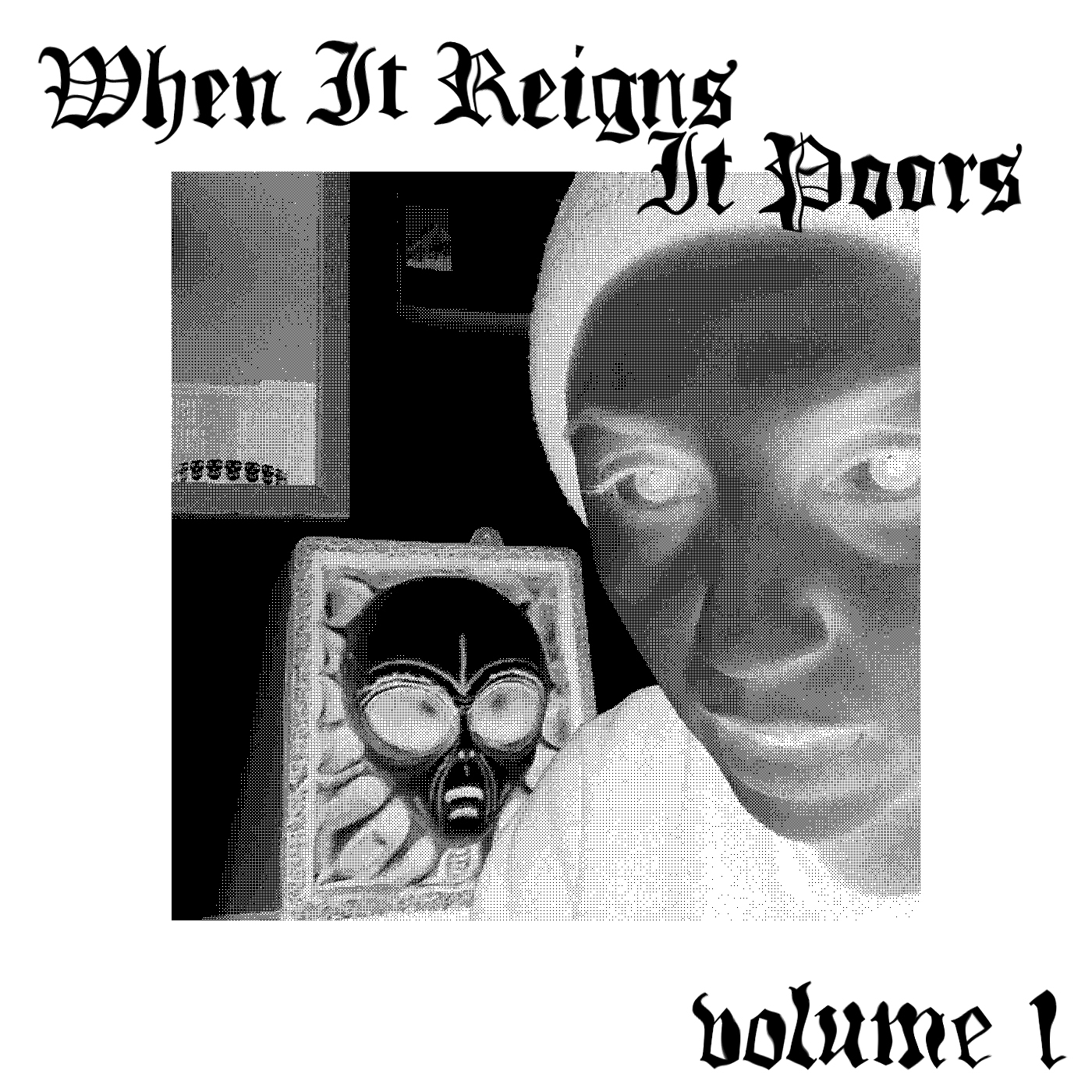 9/3 - EAT MY SHIT with Crystal Cortez, Kadi Rae and more at The Fixin To - Portland, OR

9/11 - EAT MY SHIT with Feed Fatigue, Tensioner and Leather Jester at No Fun, Portland, OR

May 2022 - I played my first few shows in Europe and it was a blast! I played at ZK/U in Berlin and at a private location in Barcelona! I would love to go back!!! If you're interested in booking me for an event near or far reach out to me.

VERY excited to have gotten to play with legendary acts MSHR and DUMA at Holocene!!!

A small snip of sound and vision from time with Voltage Flow Residency.

Premiere of Self Help

If the live album is a dead format, then Portland based synth excursionist Veronica 'Vern' Avola is having a wild time boogying on its grave. While many of her electronic contemporaries labour over increasingly refined, studio crafted creations, Avola's compositions prefer to shake themselves out on the dark stages of DIY venues across the western US. In 2019, she began releasing unedited recordings of her frequent live performances on Bandcamp as a diaristic series, When It Reigns, It Poors.
Vol 7, the first of the series' three most recent instalments, begins, fittingly with a wry and twisted parody of stage banter. "Thank you for being here", intones a prerecorded voice, slipping pitch like a melting candle. "Please make yourselves comfortable". This sample is repeated in different registers, from high, goofy chirps to deep and monstrous roars, until the layers congeal into a sludgy mass of sound. A searing saw-like buzz blazes through the mix, plunging the set into a mind-erasing bout of power electronics before blossoming into a churning plume of grey, faceted smoke.Just before the seven minute mark the beat finally drops and the track lurches into its subdivided, angular rhythmic framework. A high synth note hovers for a moment before diving into a familiar melody. This is "Dark Path" from Avola's 2019 album Consensual Abduction (reviewed in The Wire 429) - a triumphant jammer with an infectiously memorable hook. In the music video for the album version of this song, a squad of green cartoon aliens dance in geometric formation while a pair of robot hands play a keyboard. In the live version, the melody quickly disintegrates into a swirling stew of sparkling bloops and twinkling shards, until we find ourselves in a deserted dancehall filled with high-powered lasers. Here, there are whiffs of Pete Swanson's industrial noise-disco, alongside spectres of the stonerific climaxes of vintage Sun Araw. But everything Avola touches is coated in a distinctive layer of murky analogue weirdness and holographic grime that, once encountered, feel like her unmistakeable signature. Even her peals are covered in thick patches of hand coloured duct tape, giving something as pedestrian as a Boss DD-7 the appearance of a prop from a post-apocalyptic B-movie.
When It Reigns, It Poors Vol 8, recorded at Portland's S1 venue and synth library, drops the listener into a party already in motion. Wiggly noise gives way to speedy, skittering techno, while synth sweeps that zip heavenward like slot machines hitting the jackpot echo across disorienting patches of spacetime. The beat gets headier and progressively more subdivided as the long track wears on conspiring to yank the body of the listener into jittering, convulsive moments. Vol 9 meanwhile is the most experimental offering of the latest batch, a sprawling dustbin of cosmic oddities shot through with shuddering blasts and shuffling full spectrum noise. This last set is a collaboration with fellow Portland musician Vo, who runs the queer feminist noise label An Out Recordings, and all proceeds from its download are to be donated to the charitable advocacy group Missing & Murdered Indigenous Women USA.
There is an affinity between Avola's gritty, communal aesthetic and the DIY ethos of Ratskin Records who recently put on a show for her (along with her duo project Elrond) in Oakland (I'm patiently waiting for this show to surface as an instalment in her live series). Avola's recordings would also not be out of place in the Hausu Mountain catalogue, filed alongside the psychedelic power techno of Davey Harms. Taken as a whole When It Reigns, It Poors provides an intimate, ongoing portrait of an artist in an ever evolving dialogue with the spontaneous combustibility of live performance. But the discipline that such intensive self-documentation demands is offset by Avola's playful logic at every turn. Life's too short and strange not to shake your booty to it.

"Avola, aka Veronica Avola, makes electronic music that combines wall noise with a delirious, Amanita Muscaria-soaked sense of dynamics. Last year, in a series entitled When It Reigns It Poors, Avola began releasing recordings of her live performances as a hyper-diligent pseudo-diaristic practice. The first nine volumes of the series tend to be loud and noisy while evoking shades of Pete Swanson’s industrial death-disco and early Sun Araw’s opiated sleaze dubs. But the 10th and 11th volumes largely abdicate the ferocity of earlier releases for something more layered and freakish. Vol. 10 plays like a warped techno record before introducing all manner of lysergic influxes of electronics. Vol. 11 is beatless and uses the ectoplasmic sputters of nonsensical sounds that Alex Moskos uses on his Drainolith project. It is Kafka-esque in a sense, sound in metamorphosis."

Veronica 'Vern' Avola is on of several US underground artists currently investing the ongoing crossover between DIY noise and electronic dance music with a sense of mischief and mirth. She's an outsider even in relation to that croud, with no firm connection to a hip label such as Deathbomb Arc or Hausu Mountain, apparently content to release recordings via Bandcamp (her When It Reigns It Poors series, three volumes which were reviewed by Emily Pothast in The Wire 433, is recommended) and play low-key gigs when circumstances suit.
Of Course, circumstances have changed over the past couple of months. Artists whose spirits haven't been completely crushed by lockdown have taken to livestreaming sites such as Twitch as a means of connecting with their audiences and keeping themselves busy. Some have risen to the challenge with remarkable success; recent offerings from Canadian avant metal veterans Voivod, Antipop Consortium member Hprizm (formerly High Priest) and Devin Townsend have demonstrated that while livestreaming cannot replace the gig's sweaty physicality, the possibilities it offers are considerable.
The visual aesthetic surrounding Avola's work bears a superficial resemblance to that of vaporwave. On closer inspection it's a great deal less self-conscious and detached, messier and ultimately more fun. For her Pink Noise V performance she's framed by low-res animations of Furbys, toilets, anime characters and grey aliens (the latter being a recurring element in her work as indicated by last year's Consensual Abduction). Surrounded by a tangle of cables and equipment Avola rolls out a beautifully paced cosmic jam which journeys through raw Chicago-style house, lo-fi soundtrack atmospherics and sci-fi noise, at times folding in her own distorted banshee vocals. It's crunchy, tactile and funky as hell.
The toilets return for the Holocene live stream but this time they're joined by scrolling (non-Pepe) frogs against a shifting purple grid. Avola takes her positoin under blue light and the music kicks off in drone territory - somewhere between early Tangerine Dream and the intro to "Money For Nothing" by Dire Straits. The cloudlike swirl is presently underscored by beats and blarts of bass while juddering sequences and crackling static (shades of Basic Channel/Chain Reaction) build momentum. Though still supremely kinetic this is a thicker, oilier set than the Pink Noise show, the low end coming across like the sonic manifestation of simmering frustration, finally boiling over and bursting around the 15 minutes mark. At the conclusion of both sets I'm suffused in post-gig euphoria; if this is how it has to be, for the moment at least, it could be a whole lot worse.

"Questing eternal for friendship and sonic glory in a squalling disorienting world of heaviness centered in sludgy hypnotic maelstrom. The journey is enthralling and washed in layers of ritualistic drone and noise. Avola is the perfect soundtrack for when the Thrush knocks, and the setting sun with the last light of Durins day diminishes into blissful darkness."


"In the midst of all the fuss directed at Area 51 - the top secret military installment a the heart of the US's foremost UFO conspiracy theory - its sister site Area 52 remains in relative obscurity. On her latest self-released digital album, West Coast weirdmaker Veronica Avola imagines the experimental weapons facility as an intergalactic soiree where wide-eyed aliens shake their little grey booties while the stars dance over the desert and nuclear rockets shoot rainbow goo. Several years ago, former CIA pilot and conspiracy theorist John Lear claimed that Area 52 was covered with secret runways hidden in the desert floor that could only be accessed through portals that open and close like giant zippers. It would come as no shock to learn that these portals were somehow triggered by Avola's synths."

"EMS recently opened for Thrones and Oxbow, as part of a Thrones retrospective, followed up by a performance at the new Killingsworth Dynasty venue, which was recorded and remixed by noise legend Daniel Menche, hinting that EMS is a rising force in PDX's underground noise scene (long may it reign). Jeph Nor, likewise, is the driving force behind Volt Divers. Between the two, what we have here is a microcosm of a new aspect of PDX experimental music."

"Zone" is the hypnotic new record by Avola. Portland-based musician/producer Vern Avola takes listeners through droning synth dream of tension and release. It's juxtaposition of beauty to harsh is truly remarkable. "Zone" is aptly named. We're already excited to see what comes next for this already talented artist (Vern is a member of Elrond and Prizehog). Check it out online and snap up a vinyl record if you feel moved."

"There's certainly a zone being explored on Vern Avola's newest record, but I'm not sure it's one of our earthly dimension. Rather, this record reminds me of the sonic areas explored by Wolf Eyes and their fellow psych-noise travelers shortly after the turn of the century. Avola uses a variety of synths (in most press photos, she’s hunched over one) to create these bristly, finicky musical organisms, and while she’s not the first to have this idea (many of the ideas explored through Zone can be traced back to Throbbing Gristle and beyond), she works it well. At times, things get out of control in a Nautical Almanac or Cotton Museum sorta way, but usually Avola lets her tones linger in the stratosphere, as if she’s trying to lure the Silver Surfer back to Earth by emitting a particularly dazzling selection of colors into outer space. Listening to Zone takes me back to the days of not knowing who or what was responsible for the random few American Tapes I was able to acquire, but loving them dearly all the same."